In his letter to the romans, Paul describes in chapter 4, how we can be declared righteous, that is justified. Not by our own strength, but by grace.

2 For if Abraham was declared righteous by the works of the law, he has something to boast about– but not before God.
3 For what does the scripture say? “Abraham believed God, and it was credited to him as righteousness.”
4 Now to the one who works, his pay is not credited due to grace but due to obligation.
5 But to the one who does not work, but believes in the one who declares the ungodly righteous, his faith is credited as righteousness.
6 So even David himself speaks regarding the blessedness of the man to whom God credits righteousness apart from works:
7 “Blessed are those whose lawless deeds are forgiven, and whose sins are covered;
8 blessed is the one against whom the Lord will never count sin.”

Righteousness is something we lacked ourselves when we once were the children of the world. Those who has received Jesus as Lord and has been saved, they have received a righteousness that is from God.

No justification through the law

The mosaic law tells how a person has to live, in order to be viewed as righteous. The problem is that no one becomes righteous by keeping the law. The law only reveals our sins and transgressions, and exposes how miserable we are.

Throughout history, the people of Israel have sought to gain righteousness, and have tried to find it by the law, by their own accomplishments.

But since the law can not save anyone, no one has ever received justice by keeping it.

6 And he believed in the Lord; and he counted it to him for righteousness. Genesis 15:6, KJV

Abraham, the forefather to the people of Israel, never won righteousness by keeping any laws. Similarly, there was also no law to keep for Abraham to gain righteousness.

What Abraham did was to believe God for the promise he had been given, and through the faith in God he was justified. Abraham received his righteousness from God as a gift.

6 Blessed are those who hunger and thirst for righteousness, for they will be satisfied. Matthew 5:6, NET©

God has promised that all who hunger and thirst for righteousness shall be satisfied. God turns to all those who long and seek for him.

Justified by faith in gospel

17 For the righteousness of God is revealed in the gospel from faith to faith, just as it is written, “The righteous by faith will live.” Romans 1:17, NET©

If you have received Jesus as Lord in your life and have been saved, believe in Jesus’ crucifixion, death and resurrection. Then you have become justified, as a gift from God. You are not righteous by yourself, and you do not deserve that, but by faith you have received it as a gift.

30 What shall we say then?– that the Gentiles who did not pursue righteousness obtained it, that is, a righteousness that is by faith, Romans 9:30, NET©

The gentiles, us that are not of jewish descent, have also been given the opportunity to be justified by faith.

Each of you should give what you have decided in your heart to give, not reluctantly or under compulsion, for God loves a cheerful giver.
– 2 Corinthians 9:7 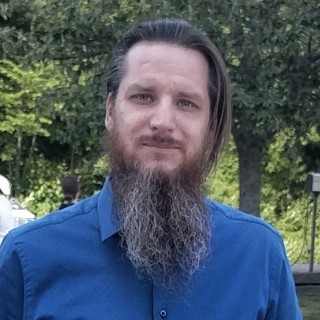